Sample Southern cuisine!
​​Atlanta is home to delicious Southern food! We have homegrown restaurants like Chick-fil-A, Mary Mac’s Tea Room, The Varsity, Ted’s Montana Grill and Mellow Mushroom. A lot of little neighborhoods around town have fun, unique places to eat, with anything you can think of—from barbecue to seafood and Italian to Vietnamese. We also have restaurants featuring James Beard award-winning and -nominated chefs. Good eating is guaranteed!

Movie filming is booming in Atlanta! Atlanta is called “Y’allywood” now, with so many TV shows and movies being filmed here. While in town, you’ll be close to places like the Swan House, where “The Hunger Games” was filmed. Several movie tours around town draw visitors from all over the world. Outside of town, there’s Senoia—home to the hit series “The Walking Dead.”

— Stay over Saturday afternoon/evening for a fun excursion to Historic Marietta Square for shopping and dining (on your own), plus see Atlanta Lyric Theatre’s production of the musical “Big River”; transportation is included ($75).

Why should you attend
​CAVORT Theatre Weekend Atlanta 2020?

What plays will you see?

In one of the poorest cities in America –- Reading, Pennsylvania –- a group of down-and-out factory workers struggle to keep their present lives in balance, ignorant of the financial devastation looming in their near future.  Based on Playwright Lynn Nottage’s extensive research and interviews with residents of Reading, Sweat is a topical reflection of the present and poignant outcome of America’s economic decline.  Winner of the 2017 Pulitzer Prize for Drama, Sweat was described by the New Yorker as “a powerful critique of the American attitude toward class and how it affects the decisions we make.”

Other reasons to attend

Atlanta is ranked among Travel & Leisure’s “most charming,” “most cultured” and “friendliest” cities.

New Dates
To Be Announced

Network with other volunteers!

At CAVORT Theatre Weekend 2020 Atlanta, you can network with your counterparts from theatres across the United States and Canada. Discover what services other volunteer attendees  provide for their theatres and how they go about performing them.

Roundtable experiences will give you  a chance to learn how volunteers at small, medium and large theatres handle everything from recruitment to rewards -- and lots of interests in between.

During conference sessions, you'll meet  volunteers who advocate for their theaters and representatives from local theatres who share how the volunteers keep their theatres running -- both behind the scenes and on the front lines. Interactive sessions will allow you to ask questions, and backstage workshops will teach you about fun aspects of theatre, such as how actors create natural soundscapes.

And CAVORT member theatres will also share displays about their theatres and volunteer programs. 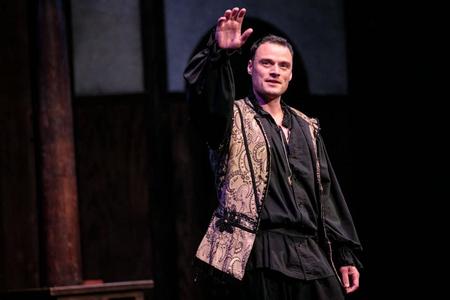 Atlanta is home to great theater!

While here, you'll get to go behind the scenes of your two host theaters -- The Alliance Theatre and the Shakespeare Tavern Playhouse -- and see productions at both.

The Alliance Theatre recently completed its massive, multi-year $22 million renovation. The renovation was a complete transformation of the Alliance Stage, the theater’s rehearsal spaces, education spaces and artist support spaces, with upgrades to technology and accessibility. More than 100 original shows have premiered here, including Alice Walker’s “The Color Purple.” The Alliance creates and nurtures the careers of emerging writers through playwright competitions, and has robust opportunities for youths, school group performances, theatre for the very young, teen tickets, theater camps and acting classes.

The Shakespeare Tavern Playhouse is patterned after the Globe Theater, and we produce plays 12 months a year. It is an Original Practice Playhouse, producing each play as it was originally staged in its own time. The Tavern features Elizabethan staging, handmade period costumes, all live music and sound effects, thrilling sword fights, and the actors “directly address” the audience. It is a professional theatre with cafeteria-style food and drinks available before each performance (and don’t forget the apple crisp at intermission!) It’s a fascinating, wonderful place.

Both theaters have a different approach to their volunteer groups, so at CAVORT 2020, you will hear what each one does to keep its volunteers involved in its theater.

And oh, the museums!
​We have lots of top-notch, wonderful museums, such as the High Museum of Atlanta, which is right next door to the Alliance Theatre. Others include the National Center for Civil and Human Rights, the David J. Sencer CDC Museum, the Atlanta History Center, the College Football Hall of Fame, World of Coca-Cola, Fernbank Museum of Natural History—and more!

New Dates
To Be Announced

A Shakespeare classic! The secret midnight utterings of a Kingly ghost set into motion events that seal the tragic fate of Denmark’s royal family. Witness Hamlet grapple with his mind and heart as he tries to make sense of it all. See why it is often considered the greatest tragedy of all time. 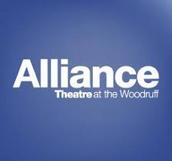 We are home to many notable historic sites.
Just a few are … The Martin Luther King Jr. National Historic Park and The King Center; The Margaret Mitchell House; and Stone Mountain Park.

What else can you do while you're here?