The Alliance Theatre is Atlanta’s national theater, expanding hearts and minds onstage and off. Founded in 1968, the Alliance Theatre is the leading producing theater in the Southeast, reaching more than 165,000 patrons annually. The Alliance delivers powerful programming that challenges adult and youth audiences to think critically and care deeply. Under the leadership of Susan V. Booth, the Jennings Hertz Artistic Director, the Alliance Theatre received the Regional Theatre Tony Award® in recognition of sustained excellence in programming, education and community engagement.

Known for its exemplary artistic standards and national role in creating significant theatrical works, the Alliance has premiered more than 100 original productions, professionally launching important American musicals with a strong track record of Broadway, touring and subsequent productions, including the Tony Award winners "The Color Purple," based on the novel by Alice Walker; "Aida" by Elton John and Tim Rice; and Alfred Uhry’s "The Last Night of Ballyhoo." Recent musical premieres include "Sister Act: The Musical," Twyla Tharp’s "Come Fly Away," "Bring It On: The Musical," Stephen King and John Mellencamp’s "Ghost Brothers of Darkland County," "Harmony - A New Musical" by Barry Manilow and Bruce Sussman, "Tuck Everlasting," "Born for This: The BeBe Winans Story," "The Prom" and, most recently, Janece Shaffer and Kristian Bush’s "Troubadour."

The Alliance also creates and nurtures the careers of emerging writers through the Alliance/Kendeda National Graduate Playwriting Competition, producing the world premiere for the competition winner as part of the regular season. The Alliance is deeply committed to Atlanta artists, showcasing locally based artists on a nationally watched stage, and sustaining Atlanta’s artistic community through the Reiser Atlanta Artists Lab, providing developmental support and production resources for an annual roster of locally sourced performance

The Alliance’s dedication to providing access to the arts is reflected in its commitment to creating new work for all ages, and to bringing that work into classrooms and communities across Atlanta and throughout the region. Examples of this include the Kathy and Ken Bernhardt Theatre for the Very Young, which is professionally produced, fully interactive theater for infants and toddlers; and the Palefsky Collision Project, where high school artists create and perform new civic-minded theater based on classic texts.

The Shakespeare Tavern Playhouse got its start on May 16, 1984. "As You Like It" opened for a one week run at Manuel's Tavern on North Highland Avenue and a dream was born. Attracting national attention with articles in The Wall Street Journal, The New York Times, and coverage by CBS and CNN news programs, this modest production became the defining experience for what would ultimately become America's only Shakespeare Tavern: An Original Practice Playhouse with a ready to eat cafe-style menu available before each performance.

The Shakespeare Tavern Playhouse is home to the Atlanta Shakespeare Company (ASC), a living theater -- a theater whose “raison d’être” is the communion of actor, audience, and playwright.

Using this space as a laboratory for the exploration of Elizabethan stagecraft and theatrical techniques, all of ASC's work is guided by a single clarion principle: the voice of the playwright. This is true whether the company is presenting an original piece, an American classic, or a timeless masterpiece by William Shakespeare. In all cases, each production is a process that begins with the way each play was originally staged in its own time and ends with a modern audience experiencing the play in a manner consistent with its creator’s original intent.

When presenting plays by Shakespeare, ASC productions feature handmade period costumes, all live music and sound effects, thrilling sword fights, and abundant "direct address" to the audience, all of which is orchestrated to assure that the passion and poetry of Shakespeare's genius remains at the heart of the theatrical experience. This is unlike "modern" approaches that routinely update, alter, deconstruct, or otherwise adapt the plays in the supposed service of a 20th century sensibility.

This core aesthetic, known as Original Practice, informs and inspires all of the Atlanta Shakespeare Company's work.

The Atlanta Shakespeare Company’s Education programs provide opportunities for students, educators and parents throughout Georgia and the Southeast to experience the power of Shakespeare’s language and dramatic vision through play, passion, poetry, active participation and performance using dynamic, language-based methods.

Questions about CAVORT Theatre Weekend Atlanta 2020?
Email us at cavortatlanta2020@gmail.com. 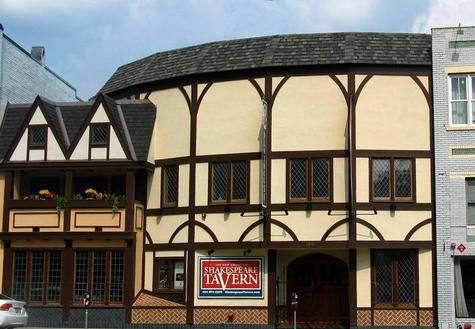 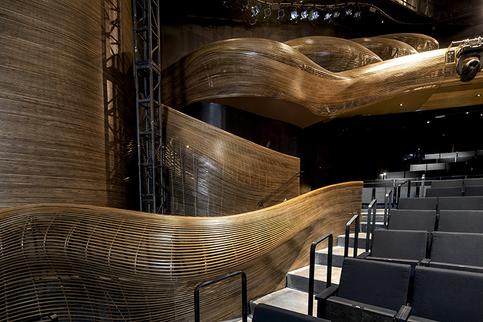